A virtual introduction to the 1929 event

The North East Coast Exhibition was a world fair held in Exhibition Park, Newcastle upon Tyne in 1929. Nearly 4.4 million people visited during the 6 months of the Exhibition. It was opened by the Prince of Wales, and was intended to revive North East industry. This introduction shows the Art Deco architecture with scenes of people crowding the many attractions, which included industrial and art exhibits, a concert hall, boating lake, sports stadium and fairground. The Palace of Arts and boating lake still remain in the Park. A short film about the exhibition 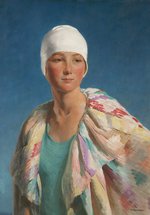 Art Deco by the Sea

The first major exhibition to explore how the Art Deco style transformed theBritish seaside during the 1920s and 30s.…